Professionals reveal what they want from their career in 2018

The 12 elements of a thriving workplace

British employees are wary of extended breaks away from work, according to new international research

The Intranet – where are we Now?

Five questions organisations must ask when reacting to surprises

Home workers more productive than those in the workplace

In 'Transform' author Christopher Morace uses the popular story 'Through the Looking Glass, and What Alice Found There' by Lewis Carroll to make the case for organisational transformation. 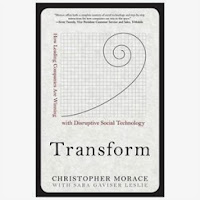 What can a 19th Century novel teach today’s companies about business innovation?

In ‘Transform. How Leading Companies Are Winning with Disruptive Social Technology‘, author Christopher Morace uses the popular story ‘Through the Looking Glass, and What Alice Found There‘ by Lewis Carroll to make the case for organisational transformation.

The digital age is characterised by distributed networks, free flow of information, and accelerated speed of business, all of which are requiring organisations to change the ways they work.

Morace refers to Carroll’s novel in the chapter ‘Disruption in the Enterprise’:

“Alice, the main character in Lewis Carroll’s Through the looking Glass, experienced this same relentless acceleration on her adventure. One character she encountered, the Red Queen, challenges Alice to race across a chessboard. In the Red Queen’s race, Alice finds that she must run faster and faster only to stay in the same place. Frustrated and painting, Alice turns to the Queen and says, “In our country, you’d generally get to somewhere else – if you run very fast for a long time.” To this the Red Queen responds, “A slow sort country! Now, here you see, it takes all the running you can do, to keep in the same place. If you want to go somewhere else, you must run at least twice as fast as that.” 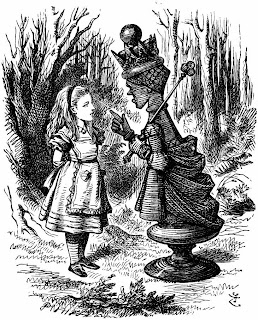 Today, many businesses find themselves in a similar situation:

“They’re running twice as fast but making little progress. It’s like an accelerating treadmill with an equally elusive finish line. When business processes hit the limits of their speed, devices like smartphones seek to make workers more productive, but only at the expense of their evening, weekends, and vacations.

“Companies have over-engineered efficiency and exhausted the notion of working harder. They have hit the outer edge of what’s possible – yet the demands from customers and competitors keep increasing. The way work is being approached today is unsustainable. Businesses need to find fundamentally new ways to increase productivity and build value. They need to reimagine themselves as companies of the future and let go of the business ideas conceptualised in the eighteenth century that are setting them up for failure. Survival depends upon breaking out of the Red Queen’s race entirely – jumping right off that chessboard and into a game they can actually win.” 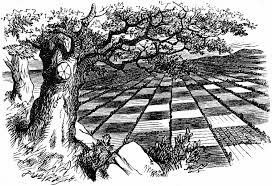 Morace continues his argument by suggesting social, mobile, cloud, and big data being the technologies that can help organisations to move forward. Yet, technology alone is insufficient.

“To date, most companies that have embraced these technologies have failed. Behind the headlines of failure, however, a pattern of striking success has emerged. Hundreds of enterprises have transformed the way they work to take full advantage of social, mobile, cloud, and big data to fundamentally improve critical parts of their businesses in measurable ways. They have reduced costs, boosted productivity, accelerated results, and improved outcomes, putting themselves on a completely new business trajectory.”

According to Morace, to be successful in the 21st Century organisations need to:

“The journey is long, but taking the first step is urgent. Beginning in the right part of business allows workforces to become familiar with this new way of working. They can then apply it to other part of the business and ultimately, transform the company.

“Eventually, they move away from battling that stubborn Red Queen and secure their winning place in the race for the future.”

Are your employees ‘appy’?