The top 110 cities for millennials to live, work and travel

The gig economy – does freelancing appeal to professionals?

International Data Scientist jobs soar by 57% in one year

Artificial Intelligence and the Future of Work

Gloria Lombardi speaks with software startup advisor Steve Ardire to explore the state of Artificial Intelligence (AI) and its implications for the future of work.

How can Artificial Intelligence (AI) help companies operate in the 21st century? How might it impact organisations and employees? 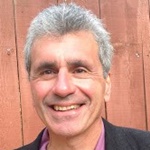 AI has been around for years, but now it seems that it is taking the business world by storm. According to software startup advisor Steve Ardire (pictured right), it will fundamentally reshape organisations. “Human capital will start to shift from mundane tasks and transactions to higher-order and creative work. Along the way, we will see massive businesses where the technology transforms specific job functions,” he tells me.

Recently, there has been a lot of debate about the meaning of AI. As research has developed, the definition has changed. “When I called it AI, many people were distracted by whether certain companies were true AI,” Ardire explains. His interest lies in Machine Intelligence (MI), which is Machine Learning (ML) plus AI. His definition is close to the IBM Watson’s cognitive computing.

Machine Learning is about “getting computers to program themselves, letting data do the work with training data sets. You keep going around and around until eventually it does well.”

And, when Ardire talks about Machine Intelligence, he means intelligent computers “that process data for pattern discovery, discern context, make inferences, reasons, learns, and improves over time” without supervision by humans.

Machines and the future of work 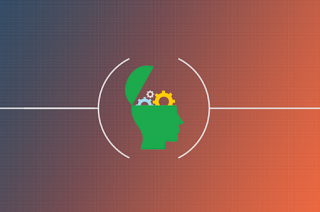 For Ardire, the future of work is not a “man versus machine.” Instead, he says: “It is people and machines working alongside each other to improve the way they work.”

Indeed, he admits that “the employees who do routine manual and routine cognitive tasks will have a high probability of being replaced in the future.” But the rise of the machines also has immense benefits to offer. “AI systems usually replace old tasks and create new ones.” In fact, leaving machines to do the repetitive tasks can go a long way towards enhancing innovation and human creativity. “If your job is not routine cognitive, then machine learning becomes a digital adviser. It will play collaboratively with you as an assistant. Automation of jobs, in that sense, becomes a good thing.”

To support his belief Ardire points to recent research by Narrative Science. According to the study, for 80 percent of enterprise executives artificial intelligence makes workers more productive and creates new jobs.

But how can AI help companies operate successfully in the 21st century?

The idea that automation will free companies to focus on higher order and more creative work has been touted for years. According to Ardire, the insights gained from the use of AI technologies will enable workplaces to use knowledge in ways that have been impossible so far. As he puts it:

“Using machine intelligence for improved data analytics is just the tip of the iceberg.”

Intelligent computers can inject and integrate information from various sources such as the web, social streams and the enterprise. Then, they blend and harmonise it with contextual processes to provide the organisation with “smart data.”

One of the benefits for companies is that they can make smarter decisions. “Knowledge workers can understand complex issues faster, answer difficult questions, solve problems more effectively. They can be more productive. They spend less time on classifying information and more time on interpreting insights and taking critical action.”

Indeed, it’s a key distinction. The opportunity for organisations to access millions of data points today is of no use unless employees can keep up with the overload and improve the delivery of their work.

Another area where machine learning can make a difference is with enterprise social media and collaboration tools. Presently, one of the challenges for some organisations is making sense of the sheer volume of conversations that their social streams can generate. “There is too much noise, which distracts employees from the work they are doing.”

The next set of AI tools could help deliver a competitive advantage to companies. “Powerful Artificial Intelligence can help make sense of the conversations people have on their networks.” Ultimately, helping workers to understand which messages are useful to their job. 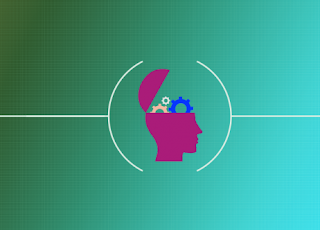 AI technology is developing, fast. “In 2016,” Ardire says, “we are already seeing the emergence of applications for human resources, marketing and communications, sales, customer service, market and risk intelligence and more.”

The rapidly emerging AI also includes many startups mostly currently flying under the radar. “AI startups have raised an aggregate of $967M in funding since 2010,” Ardire says. “And, the deal activity almost doubled in the last quarter only. Those investments went to companies in 13 countries and ten industries including business intelligence, e-commerce, and healthcare.”

In fact, Ardire points to healthcare as one of the leaders in AI. A good example is MD Anderson Cancer Center. In 2014, the organisation started using Insights Fabric, a CognitiveScale-based platform, to improve patients’ experience, employee engagement, and enterprise operations.

Clinicians connect securely and privately with patients in real time. The health history of individuals is constantly updated as the smart technology learns and remembers people’s behaviours and preferences. This helps care givers to make personalised and tailored recommendations that are current, and to alert patients about key requirements precisely when they need it.

The future is unsupervised learning

But, reaching a state where organisations will be “machine intelligence literate” is not so easy. The majority of efforts today are still around “supervised learning,” where computers are given “training instances that are labelled with reinforcement,” according to Ardire. And training the machine takes time.

In addition, there is the challenge of embedding the technology into existing enterprise applications.
But, Ardire believes that machines will one day become intelligent systems just like the human brain.

“Going forward, the future is unsupervised learning where machines can infer what they don’t know about. They will be given no positive or negative reinforcement [by humans].”

Indeed, it was Google Brain’s Jeff Dean who once explained, “Unsupervised learning is an important component in building really intelligent systems – if you look at how humans learn, it’s almost entirely unsupervised.”

If we think of the impact the internet has had over the last 25 years on the wider society, not least on businesses, it has been revolutionary. And, it has had some big implications for organisations and their workers.

Now, AI is coming. In 25 years’ time might it have the same impact? Perhaps, the sooner we try to understand AI the better.

Next article Employee Motivation, the Argos for Business way